4 Ways to Prevent a Traffic Ticket from Impacting Your Finances 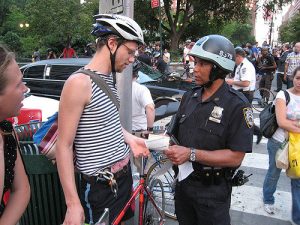 Sometimes you may find yourself in a fix if you find yourself on the wrong side of traffic laws. Minor traffic violations like exceeding speed limits, not wearing a safety belt or even parking your vehicle at a wrong place may affect many aspects of your life. In such circumstances, the police will issue you a traffic ticket and you will be required to appear in court. Depending on the weight of the traffic violation, a traffic ticket may or may not influence the determination of your car insurance premiums.

While being issued a ticket appears to be a common part of life, sometimes it is easy to avoid a traffic ticket once a police officer catches up with you. Some of the tricks people use include waving at the police officer to make him or her think that they know him or have understood and will change their fault.

Another trick is that when caught in the wrong; avoid arguments that can annoy a police officer. Instead, talk politely or even excuse yourself. Being polite may save you from the traffic ticket. Moreover, some people show the cops that they care about their safety by holding on their steering even after they stop.

Some people panic and try to bribe the cops. Others even try to scare the police officer by claiming that they know their rights. Such arguments can only encourage an officer to issue you with a traffic ticket rather than spare you.

Here are some of the ways people have used to control the situation.

After being served with a traffic ticket, one is expected to appear before a court for charges. When you appear in court, the case may be dismissed or traffic ticket amount may be lowered. If a police officer accused you based on personal judgment, you may even be able to dispute the charges successfully. A good option is to support your arguments through witnesses, use of diagrams and photographs that work in your favor.

Similarly, a violation can be called off if a driver supports his arguments using facts like faded lane marks, fallen road signs, or newly installed road signs. Where one lacks evidence to help dispute the charges, admitting to the fault but supporting the actions with a sound argument may work. For instance, a driver prosecuted for parking in a wrong place can argue that an underlying medical condition triggered his action.

For people who rely on arguments to dispute a traffic ticket, they hire a top traffic attorney to help support their case with laws. Always remember that a lawyer will charge less money compared to what you would incur on increased insurance premiums.

Enroll for a driving course

Your violations may be written off if you enroll in a driving school after a traffic offense. Schedule your classes at a convenient time and remember that you will be required to pass a driving test after completing your classes.

Insurance premiums are likely to increase if a driver has many traffic violations. To be safe, after the first ticket, smart people always try to avoid more violations.

Insurance providers use a lot of factors to determine insurance premiums. One of the factors is a driver’s driving record. A bad driving record implies that a driver is likely to cause an accident. The increased risk of an accident makes the insurer raise the rates.