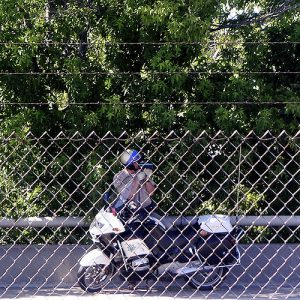 The number one thing for drivers to do as much as possible is to be aware of and abide by the speed limit at all times because there are radar guns that can detect drivers going even slightly over the speed limit.

Here are some other things that can trap you into getting a speeding ticket in Southern California.

This is sort of a self-inflicted speed trap. When experiencing road rage, you may not be thinking straight, which means you may be more prone to driving above the speed limit or doing other things that cause motorists to get reckless driving tickets as a result of being immersed in their rage. One option is to have a little sticker or bobble head on your dashboard that reminds you to simmer down.

Driving Below The Speed Limit

When speeds are generally high on a road to begin with, trying to avoid problems can be just as tricky because driving too slow can get you a ticket too, and it may be higher than a speeding ticket.

If you get a ticket for driving too slowly, then you might be able to fight it in court and win if you can convince the judge that you had legitimate reasons for driving slow in a fast lane, such as weather conditions, inadequate lighting, another driver slowing you down or preparing to make a left turn. Consult a traffic attorney as he can represent your case with relevant details and get your ticket dismissed.

This is when the speed limit is moderately high for a good portion of a route and then all of a sudden it decreases considerably because you’ve just entered an area where there could be pedestrians crossing, children riding bikes or blind spots.

If it’s a familiar stretch of road, then you will probably know where the limit changes. You may be able to get out of paying for such a ticket if the sign indicating the speed fell or was knocked down or was unreadable due to dirt.

There are strict laws against driving while using a cellphone in cities in California. This includes texting, talking to someone on the phone or having someone talk to you on a cellphone.

One option for drivers over 18 is to have numbers on speed dial and communicate with a hands free device, such as a Bluetooth wireless earplug, using the speaker setting on your phone or using traditional earphones connected to your phone but only in one ear. These acts, however, are not allowed for drivers under 18. The only time they can use a phone while driving is when there is an emergency.

The Nine Cities in Southern California With the Highest Number of Speed Traps Per 100,000 Residents

It’s been a strategic move to raise speed limits to increase the revenue from the resultant speed tickets that are handed out, but politicians, senators, driver advocacy groups and even police want it to end.

Police feel they could be using their time to fight more serious crimes, and senators “for the people” recognize that sometimes passing out tickets is just done to raise revenue for states and municipalities. These groups are taking action by getting the word out in local papers, setting speed limits based on science and taking polls to see what speed limit the general public favors.