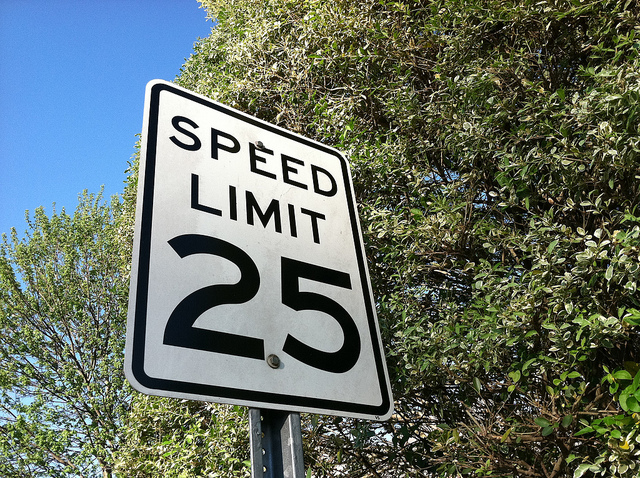 For some of us, speeding isn’t a matter of outright defiance, or even an urge to get somewhere faster. For some, it’s simply a matter of habit. As a young driver, you got into the habit of driving a little bit over the speed limit. You may have been lucky, and never received a ticket, thereby reinforcing that behavior.
Jump forward a few years, and you’ve discovered that there’s a downside. Some states and many municipalities are relying increasingly on the revenue generated from traffic tickets in order to keep their government entities running. As a habitual speeder, you’re finding yourself facing down a radar gun more than once. After a few infractions, you can be looking at some serious consequences.
Fortunately, there are some things you can do to break that bad habit and reign in your driving techniques. Here are some techniques you can try:

Driving habits are like any other habit. It takes time to make them, and it takes time to break them. Breaking the speeding habit will save you money in the form of lower gas costs and the potential to avoid speeding tickets. It could also help you to avoid an accident.
Try some of these techniques today. Before you know it, you’ll be that law-abiding citizen in the “slow lane” with a smile on your face and not a care in the world.