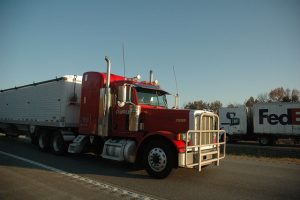 Vehicle Code 22406.1(a) applies to those driving commercial motor vehicles more than 15 mph over the posted speed limit. A violation while driving a commercial vehicle is considered a “misdemeanor” and may result in points, fines, license suspension, or even confinement for no more than one year.

Violating either Code 22406.1(a) or (b) is considered a “serious violation” in California, and they are both subject to the addition of 2 points (as opposed to 1 point for non-CDL drivers) to a driver’s record. The accumulation of 4 points in a 12-month period may lead to suspension of a driver’s license. California does not allow anyone to operate a commercial vehicle during a license suspension, so professional drivers could find themselves out of work.

Penalties for Speeding Coupled with a Second Misdemeanor or Felony

A judge may also suspend a driver’s license in California with just 1 or 2 points if they are added in conjunction with a conviction for driving under the influence, failing to stop at a railroad crossing, driving 15 mph or more above the speed limit, reckless driving, a hit and run incident, road rage, fleeing a law enforcement officer, or the commission of either a misdemeanor or felony offense at the same time.

Vehicle Codes 21806(a) and 21806(b) require the following actions when drivers are approached by an emergency vehicle “sounding a siren, with at least one lighted red lamp visible, under ‘normal atmospheric conditions,’ from 1,000 feet to the front of the vehicle”:

The Cost of Points in California

For every point charged on a California driver’s license, approximately $750 in additional insurance premiums may apply for the three years the points remain on the license. So, a ticket for violation of VC 21806(a) or (b) could cost $1,240 or more.

Tickets are not only expensive, but they can have a major impact on the livelihood of a commercial driver in California. Ticket cases are often dismissed because police officers are unable to recall every detail surrounding the infraction; i.e., names of surrounding streets, the direction the emergency vehicle was traveling, what direction the driver was traveling, the exact location where the driver pulled over, and how quickly the driver pulled over; so many drivers seek the advice of local attorneys who are experienced in defending against California traffic violations.