Cell Phone and Texting Tickets – What You Need to Know 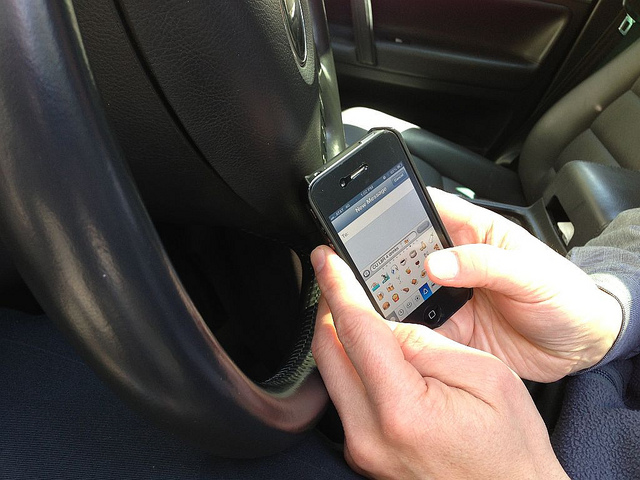 While fatalities from traffic collisions are at their lowest rates since 1975, tickets for texting and using a phone without a hands-free device are on the rise. Going back to 2008, a number of laws have been created on the state level that put a variety of stipulations on the use of wireless devices while operating a vehicle. For those that not only want to avoid potentially expensive tickets but also remain as safe as possible while behind the wheel, here is a closer look at the dangers of texting while driving and what to do if a ticket is issued for this infraction.

Driving and Cell Phone Use by The Numbers

One of the biggest studies ever carried out by the California Office of Traffic Safety (OTS) involved the use of wireless phones while driving. They began to a see a pattern emerge as more drivers not only began to use cell phones, but would also text and use mobile apps while driving.

Overall, California’s traffic fatalities were on the decline and well below the national average, but they did find some startling statistics involving drivers within the state:

State Laws on Cell Phone Use While Driving

Beginning in 2008, California gradually began to release laws involving texting, answering calls, and making calls. What is most important for all drivers to understand is that;

There are a number of exceptions though, beginning with contacting emergency services.

The 2 most recent laws involve the use of a push-to-talk button as well as interactive maps on the smartphone.

The first infraction for texting while driving can run as little as $20, and this is why many drivers attempt to simply pay the fines and move on. Unfortunately, these costs are only the beginning and drivers could be looking at hundreds of dollars in fees. For subsequent tickets, a single infraction can quickly move into the range of $175 or more after all expenses have been taken into consideration.

The laws discussed above have been implemented to improve the safety for all those that are on the road, and expensive tickets may only be the least of the driver’s concern if they find themselves in an accident. Even though texting while driving is never worth it, one option a driver has to contact a local traffic attorney in the event of receiving a ticket. Without an experienced attorney, drivers could be looking at mounting court fees, increasing DMV fines, and time-consuming trips to the court for every single infraction.

Previous post5 Consequences of Blood Alcohol Violations in California Next postWhat are a Driver's Rights in a Police Search of their Vehicle?