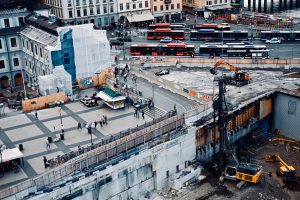 Whether you’ve just received your driver’s license or have been driving for many years in California, you’ll likely encounter construction areas during your daily commute on a regular basis. Exhibiting any kind of reckless driving in this zone can cause you to be pulled over and provided with a ticket for reckless driving, which brings with it a substantial amount of penalties. When receiving any kind of traffic ticket, you can choose to either accept the ticket or fight it in court. When it comes to a construction area reckless driving ticket, there are three good reasons that you may want to fight the ticket.

The state of California has relatively strict driving laws, which means that you can face stiff penalties when receiving any traffic ticket. Driving tickets may not only be costly but can also result in a small amount of jail time for the infraction. The amount of jail time that you may be sentenced to can be anywhere from 5-90 days with a base reckless driving charge.

California also has a point system wherein incurring a certain amount of points in a short period of time can cause the suspension or complete revocation of your license. If you receive four or more points in the span of 12 months, your licensed may be suspended or revoked. Most traffic offenses are worth either one or two points depending on the severity of the offense.

Reckless Driving May Not Be As It Appears

If you were pulled over for reckless driving in a construction area, you may have been in a situation where you weren’t actually driving recklessly. Some people have been charged with reckless driving when they were actually avoiding construction debris or other obstructions in the area so as to avoid getting into an accident. If you jerked your car sideways suddenly or swerved into another lane without warning in order to avoid an accident, this means that you might have a good reason for fighting the ticket and proclaiming your innocence. If you aren’t guilty of the crime that you’re being charged with, fighting the charge may be the optimal recourse.

The auto insurance rates that you receive are largely based on the assumed risk of your driving. Poor drivers who have incurred a large number of traffic tickets and points on their license will usually be required to pay a much higher monthly premium for their insurance than safe drivers who have displayed a strong driving record over the years. The fines associated with reckless driving tickets extend anywhere from $145-$1,000, which you’ll be required to pay alongside the increased auto insurance rates.

In California, the placement of points on your license means that insurance companies will view you as a risky driver, which will likely cause your auto insurance rates to dramatically increase. Fighting a reckless driving ticket gives you the opportunity to avoid these rate increases.

Whether you were simply trying to avoid getting into an accident or don’t want to see your auto insurance rates skyrocket, fighting a construction area reckless driving ticket may be your best option when faced with the penalties that this type of ticket brings with it.

Contact us today if you need help in fighting a traffic ticket related. We have over 25 years of experience fighting traffic tickets and helping people reinstate their license.

Previous postHow To Qualify For Dry Reckless Driving As A DUI Reduction Next postHow Legal are Traffic Cameras?