5 Traffic Ticket Errors that Support Your Case in Court 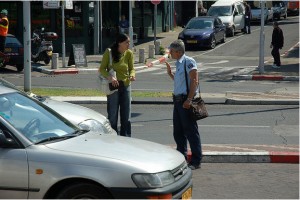 Instances of incomplete traffic tickets issued or tickets with wrong information about the vehicle or the incidents recorded have actually increased in the state of California. A majority of people do not know that there are ways to deal with this and save themselves from paying the fine for such violations.

If law enforcement officials give tickets that have errors on them, drivers could avoid paying for the citation. After all, police officers and other officials can make mistakes. An incomplete traffic ticket or incorrect traffic code can save people hundreds of dollars. This is a chance to get the citation thrown out on a technicality. The article points out some common errors that can support a drivers’ case in the court of law.

The traffic code is listed to designate which rule was broken. There is a code for everything from a rolling stop to jumping a red light and over-speeding. Every citation handed out needs to have a traffic code on it. If the code is missing or hard to read, the traffic ticket could be easily dismissed in court. This happens because the court will not have a definitive record of what actually happened.

The issuing officer needs to completely fill out the citation. Sometimes, a law enforcement official may leave sections of the traffic ticket blank if they are busy and need to answer another call, or simply by accident. If there is missing information on the ticket such as the driver’s name, vehicle information, or the infraction, a driver can have the citation dismissed in court.

If the license plate number or driver’s license number is incorrect, the same thing could happen. Drivers should make sure that this information is easy to read and correct. If it has a mistake, this is serious because it would mean that the traffic ticket is meant for someone else. When appearing in court, one should carry an image of the correct license plate and the required official documentation, along with the original and valid driver’s license to prove their point.

It is important that the vehicle information on the citation is correct. If the traffic ticket has incorrect documentation of the make and model of the car, then the citation could be dismissed in court. The driver will need to provide proof of the correct information via official documentation from the Department of Motor Vehicles.

Other Tips for Dismissal

Drivers who are trying to have their Long Beach traffic tickets dismissed need to take the necessary precautions. This means that proof needs to be compiled. They should take photos of the location where the infraction happened and should try to make copies of the citation. Additionally, one should bring sufficient proof to support the fact that the information on the traffic ticket is incorrect (i.e. bringing one’s registration sticker, proof from the department of motor vehicles, and their driver’s license).

If possible, one may also bring witnesses who can corroborate the story. It gives a good impression when you are dressed professionally and speak clearly at the court. Remember to refrain from blaming the police officer or acting too aggressively.

Someone who has been issued a traffic ticket can have it dismissed if it has errors. All that is required is a proactive approach to the court process. You need to show up on time and carry the traffic ticket and the appropriate evidence and documentation with you. It is the law enforcement officers’ job to correctly fill out the tickets so that the courts understand the nature of the driver’s infraction. One mistake on their part and a little awareness on the driver’s part can easily get the citation dismissed.