5 Ways Traffic School Can Help After a Violation 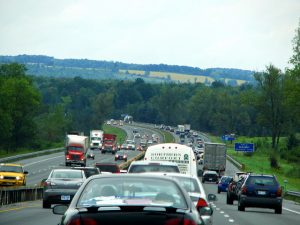 Getting a traffic ticket is something you’d like to avoid, but sometimes, even when you think you’re driving as safely as possible, you still break a law that results in an expensive ticket. Likewise, you want to save as much money as you can on your car insurance rates, but a poor driving record keeps those rates high.

Traffic school is an option that can possibly help you financially by lowering the fines you have to pay for the traffic violation or helping reduce your insurance rates. Even if you’re simply interested in ensuring that you drive as safely as possible, traffic school can offer a number of benefits.

If you’ve received a traffic ticket for a moving violation, such as speeding or unsafe lane changes, enrolling in traffic school, sometimes known as a defensive driving course, can play a role in helping you reduce the fines you must pay.

Each state has somewhat different laws and regulations governing how traffic tickets are handled, but many of their regulations are similar. In most cases, you may be able to get a traffic violation citation severely reduced or even removed completely if you agree to attend traffic school and then prove that you have done so. There are certain criteria you must meet though.

If these conditions are met, you may be able to have the citation reduced or removed from your record.

Even if you’ve just got your first moving violation citation, or the citations you’ve received are relatively minor, your car insurance company has taken note of them.

A suspended license is a headache that you should avoid if at all possible. If you’re coming dangerously close to having your license suspended or revoked if you’re again charged with a traffic violation, it’s a good idea to take some proactive steps now. Since many states will remove some points from your record once you’ve completed traffic school, license suspension won’t be imminent. It also won’t hurt you to get pointers and reminders of safe driving strategies.

One of the best reasons to enroll in traffic school is because it makes you a safer driver.

Traffic schools can be taken in a classroom setting or online. Most require a time commitment of about six to eight hours and include such topics as defensive driving skills, your state’s traffic laws and safe driver instruction. Once you’ve successfully completed the course and submitted the necessary forms to the appropriate state agency, your driving record will reflect the steps you’ve taken to become a safer driver.