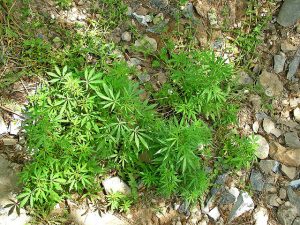 Things have changed in California since November as regards the legal possession of marijuana or cannabis while driving a motor vehicle.

With the passage of Proposition 64, it became legal to purchase and possess less than one ounce (28.4 grams) or marijuana, or up to 4 grams of concentrated cannabis. This change will likely affect the implementation of local traffic laws.

The current law of the land, California Vehicle Code Section 23222(b) VC, prohibits the transport of marijuana without the express permission of a medical license.

As of November 8th however, California residents are legally allowed to possess marijuana, medical or not, in quantities less than one ounce. Legal experts therefore believe that the enforcement of Vehicle Code 23222(b) VC by city, county or state personnel is likely to change, drivers have the legal right to bring their purchases home with them in their vehicle.

While small amounts of marijuana are allowed in your possession, there are several stipulations and clauses that you should be aware of.

While Proposition 64 legalized the possession of recreational marijuana in the State of California, it does place restrictions on how much one can possess at a time. While marijuana sales have been legalized, they are only legal if purchased through licensed dealers. Those found with over an ounce of marijuana in their possession can be charged with an intent to sale marijuana, and will no longer fall under Vehicle Code 23222(b) VC.

Driving while high is very dangerous, and violation of this law can result in substantial fines, jail time, probationary classes and even the suspension of your driver’s license.

The aforementioned vehicle code requires a second condition for legal transport of marijuana: the container of purchase cannot be opened.

Have You Received a Citation?

If you are legally in possession of recreational or medical marijuana under Vehicle Code 23222(b) VC, you have the right to fight the citation.

Legal representation is not required, but considering how recently the legalities of marijuana have changed, it may be well worth considering.