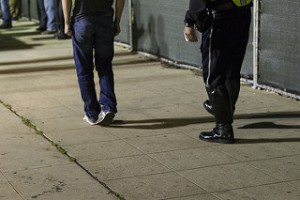 Conducting a test as sensitive or as legally exacting as a roadside sobriety test is not only a challenge for police officers, but also a challenge for drivers, potential defendants, attorneys and courts. Very often these tests can be inadvertently compromised through no fault of anyone either at the scene or after the fact. Here are some of the more common problems drivers and defendants might encounter with a test that may not be as conclusive as claimed.

Challenges for the Officer

Police officers rarely have the clinical or training to recognize what are, by definition, medical symptoms. Therefore, any test which relies on the officer’s interpretation of another person’s physical condition can be challenged on three bases:

The police officer does not have medical training

Because police officers generally lack medical training, the medical condition of the driver can play a significant role in confusing a sobriety test. Symptoms of inner ear infections, inability to walk normally, fatigue, medications and a wide variety of other factors might prevent an otherwise unimpaired driver from successfully completing a sobriety test.

The Complexity of the Test

Like any scientific or medical experiment, the procedures for and conditions under which a field sobriety test are conducted are absolutely crucial to obtaining accurate results. There is a reason similar experiments are not conducted on a dark rocky dirt shoulder of the road with flashlights and car headlights for illumination with traffic roaring past at 70 miles per hour.

No Grounds for Comparison

When a test is conducted, the results may or may not be meaningful. The reason is because there is no way for a police officer to know what “normal” looks like if they are only there to witness what they allege is “impaired.”

Some drivers should not be subjected to certain kinds of tests. For example, a balance test administered to someone who is overweight can present a wide variety of physical problems that, while they may not completely invalidate the test, will very likely call the results into question.

To conclude, we would like to reiterate that none of these limiting factors should be considered a free pass to drink and drive. At the same time, the fact someone stumbled because they were 100 pounds overweight shouldn’t automatically result in a drunk driving conviction. The roadside sobriety test is one tool among many, and should be given appropriate weight if someone is facing charges for impaired driving or driving under the influence.