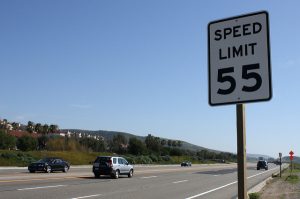 Getting pulled over for speeding is an everyday occurrence of the roads of Santa Monica. One never realizes that they are over speeding until they look into their rear mirror and see the patrol car signaling them to pull over. The siren of the cop’s trooper can make anyone nervous, and the reason being that the events which precede getting stopped by the traffic police often end with the motorist chucking anywhere from a couple of dollars all the way to a thousand dollars in fines. Worse still, things could spiral out of control effectively leading to someone getting their driving license revoked.

If one ever finds themselves in such a scenario involving cops on the roads of Santa Monica, here are some useful tips and pointers to increase their likelihood of walking away scot-free with just a warning.

Two outcomes are possible here. One, the ticketing officer lets the offender off easy with just a warning. Alternatively, the driver feels confident about contesting the allegations before a judge and the trial begins.

Many drivers have been released after they confessed that they were indeed speeding but they were doing so to reach to the office to avoid getting fired.

The most commonly issued types of speeding tickets in Santa Monica, California are the 22349 a & b violation fines.

It’s best to avoid getting caught on the wrong side of the law. Going to courts to contest a ticket is often a time-consuming and an expensive affair. Well, for starters, they could avoid using the roads which are known to be hot-zones with radar guns and traffic cops. Here are some of the locations where a majority of tickets have gotten issued at in Santa Monica:

It’s prudent to hire a certified and a reliable traffic defense attorney to help clear the charges leveled. The Santa Monica Courthouse grounds are actually an excellent place to start asking about available traffic offense lawyers. The court is located at the intersection of Main Street and Olympic Blvd. The facilities stay open from 8 am to 5 pm on business days, except on designated court holidays. Here’s a link to the Google Maps showing the Santa Monica courts.