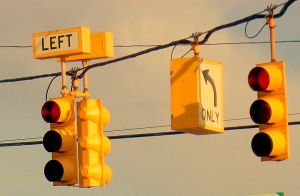 Going to traffic court often falls at the bottom of people’s list of worries. That’s unfortunate because those who don’t fully understand the ramifications of traffic violations are setting themselves up for incurring expenses that can be avoided and other headaches. In Los Angeles, California public transportation leaves much to be desired. With so many LA residents taking to freeways and local streets as they commute to work and other destinations, getting the occasional traffic ticket is inevitable. Although driving is a privilege, in LA it’s almost a necessity. It makes sense to learn the best way to deal with a California traffic ticket. Following is a brief discussion of things you must consider when deciding to fight a traffic ticket in court.

Consequences of Paying Your Traffic Ticket Straight Away

When most California drivers get a traffic ticket they promptly pay it with a view to act as good citizens and avoid any hassles. However, there’s a downside to this approach. By choosing not to fight your traffic ticket you may be setting yourself up for unnecessary traffic ticket expenses and stress. A traffic ticket can result in the subsequent negative penalties:

The fines and penalties imposed by the judge are only the beginning. In addition to higher insurance payments, The State of California legislature has mandated a number of fees and penalty assessments that must be added to all fines and bail for traffic infractions and misdemeanors. These additional fees will result in a total fine that is much greater than the fine imposed by the judge.

Consider the Amount of the Fine.

Points to consider prior to fighting a ticket include the amount of the fine, how the ticket will impact your driving record, and how the ticket will affect your insurance premium. Many a times, it’ll make more sense to fight the ticket than to pay it. There are options available to motorists who wish to contest their traffic ticket in court.

Was the Police Officer Using a Radar Gun?

If you receive a speeding ticket as a result of a police officer using a radar gun, you can successfully fight the ticket. Radar can only measure speed with complete accuracy when perfectly calibrated and properly utilized meaning calibration and user error can be grounds of defense. If you decide to fight your traffic ticket, you may get off if the officer fails to show up at the court.

Is your Traffic Ticket a Serious Crime?

There are some serious consequences to receiving traffic tickets in LA. These include fines, revocation of driving privileges, and an increase in auto insurance premiums. For instance, according to the Los Angeles Superior Court “tickets can be issued for violations of traffic laws and other non-traffic offenses”. If you are cited for driving under the influence (DUI), your case will be considered a criminal matter and will be resolved in the court’s Criminal Division.

Your Defense in Traffic Court

Although you have the right to have an attorney fight on your behalf in court, you are not entitled to a court appointed lawyer for traffic infractions. This means it’s in your best interest to know all of the things you must consider when deciding to fight a traffic ticket in court before you get a ticket so you can weigh your options.

So, in conclusion, it often makes more sense to fight your traffic ticket in court than to mail in your payment. Fines, revocation of driving privileges, jail, and an increase in auto insurance premiums are all potential downfalls of not fighting your ticket.

Previous postIs Honesty the Best Policy When Pulled Over for Speeding? Next postTips to Fight a Radar Speeding Ticket