How To Avoid Losing Your License From Reckless Driving Offense 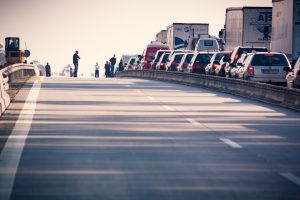 One of the laws of the road in California and the United States as a whole dictates the speed and manner in which a person can drive. Drivers are required to be aware and not distracted while behind the wheel, drive within the posted speed limit and operate their vehicles in a safe, responsible manner. However, not every driver abides by the rules of the road and may drive in a way that can put other drivers, passengers and pedestrians in danger. In some instances, that can lead to a driver being pulled over and ticketed for reckless driving.

In the state of California, reckless driving is usually a charge given to someone along with another charge, such as driving under the influence (DUI). In general, simply speeding is not enough to warrant a driver being charged with reckless driving. An example of reckless driving is a person being in a hurry to make it on time to a business meeting deliberately running all stop signs he encounters, even if he does not get into an accident with another vehicle or pedestrian.

A reckless driving charge can lead to the suspension of your driver’s license. As per Vehicle Code Section 23103, you may also receive a fine ranging anywhere from $40 to $1,000, which can certainly hurt your wallet. Other negative things can occur when a driver’s license is suspended, such as permanent marks on your driving record and your auto insurance rates increasing. Fortunately, there are certain things that can lead to an avoidance of license suspension, even if you have received a charge of reckless driving. The following situations can result in a ticket being obliterated:

Getting Your License Reinstated

An experienced attorney can help you to get your reckless driving charge reduced, which can also help you to retain your driver’s license after the suspension period has expired. The following are requirements for license reinstatement:

If you receive a ticket for reckless driving, or any ticket, it should be treated seriously because the consequences can adversely affect your driving privileges and your life in general. It’s important to immediately consult with a skilled attorney who can help you get the charges reduced and your license reinstated.