How to Plan Your Family Vacation (and Avoid Getting a Ticket) 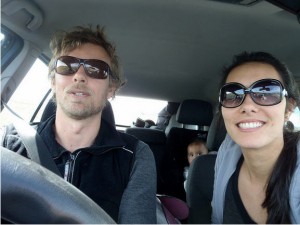 Going on a road trip is a time honored tradition. Getting a speeding ticket at some point is part of the tradition that most people could probably stand to do without. However, when it comes to driving through different counties and even different states, each with their own speeding laws and levels of enforcement, it might be easier said than done.

Speeding is a ticket-worthy offense in all cities, counties and states of the U.S. However, the chances of actually getting ticketed for speeding vary widely from one area to the next. The amount of pressure that is exerted on the officers by their bosses, the community in general and current events can have a lot to do with how well enforced the local traffic laws are.

The system has a reasonable amount of subjectivity built into it at lower levels, as well. Officers are free to enforce or not enforce laws depending on any number of variables. For example, men in red sports cars are definitely more likely to be ticketed for speeding than women in minivans. Sometimes this is a conscious decision on the officer’s part and at other times it may be an unconscious bias.

When it comes to avoiding tickets, the best defense is a good suit of camouflage. Of course, slowing down is the best method of avoiding a speeding ticket, but for people who know they are habitual offenders, these tips can help avoid a ticket:

The goal of all of these tips is to avoid being noticed. Cops don’t ticket cars that they don’t get their attention, and flying under the radar is a much better bet than counting on squirming out of a ticket after being pulled over. One of the most important factors involved in being noticed or not is the type of car, so when it comes to a road trip, there is more than one reason to choose a sturdy and practical vehicle over a flashy one.

Looking into state speeding laws can give drivers who are about to embark on a road trip some valuable information. For example, if one driver is notorious at speeding, perhaps he/she shouldn’t be the one behind the wheel when passing through the state with the highest fines on the trip. It can also alert drivers to other important facts related to speeding, which is important since there are some tips and tricks that are legally used in some states while they are illegal in others.

An online search for “speeding laws by state” returns a lot of useful information for drivers headed out on a family vacation. The information on the absolute speed limits is relatively irrelevant, but the information on whether speeding tickets incur points, how far over the limit is considered reckless endangerment, and other such facts are useful. Taken as a whole, this information can give drivers a fairly good idea of what the state’s attitude toward speeding is like.

Anywhere that a police car or motorcycle has a good view of the road can be a speed trap. That said; some places are more likely to have speed traps than others. Some common places to see speed traps include:

Speed traps are illegal in some states, but this generally shouldn’t be seen as there being no speed traps. The legal definition of speed traps in these laws leave plenty of room for what most motorists would consider a speed trap. However, these laws can be useful if it comes to beating a speeding ticket.

Speeding tickets are something that everyone wants to avoid. Aside from slowing down, the best general advice is to be inconspicuous. Drivers who don’t attract attention are less likely to get tickets.