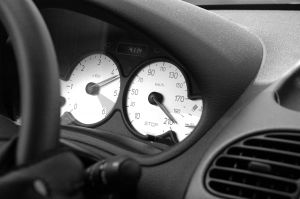 Many drivers, no matter their amount of experience, have been caught for speeding by a law enforcement team. No matter the excuse, usually one doesn’t get off without getting a costly ticket. However, it is sometimes possible to avoid a ticket and therefore a stamp on one’s permanent driving record.

Before we start the this discussion, it should first be emphasized that the laws for speeding vary by state and territory. What’s legal in one jurisdiction may very well not be in another. But what this article will share is that in many states in the United States, there are valid legal reasons for going over the posted speed limit and if you are aware of these, you may be able to get away with being issued a traffic ticket.

Legal justification for going over the speed limit usually falls into one of five categories:

Speeding Caused by the Actions of the Police

As an example of the first justification,

This would squarely fit into the second category mentioned.

Self-Defense and the Safety of Others

This mentioned case would be considered an “emergency.”

This kind of defense is commonly used for other traffic violations, as well.

To go back to the aforementioned list, coercion, necessity, and entrapment could mean a variety of things. For one, it could mean that one was being threatened– such as with a gun to their head– or that the speed of traffic was going faster than the posted limit, and thus, it was necessary to drive faster. (Such as traffic going 70 MPH on a 55 MPH road).

These are many of the excuses out there but you should use these sparingly and when you have not caused any damage to your or somebody else’s car or have not been involved in a life threatening situation.. Don’t try textbook excuses, such as not knowing the speed limit; they won’t work. When in doubt, always consult an experienced traffic ticket attorney for advice in relation to legal matters.