Options to Get License Reinstated in California 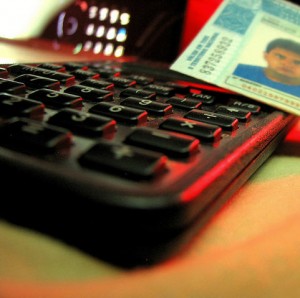 Most people in California are heavily reliant on their cars. For this reason, those who find themselves with a suspended license are more than eager to get it reinstated. The ways to get a license reinstated depends on the reason for which it was cancelled, suspended or revoked in the first place.

This post will walk you through some of the options to have your license reinstated in California.

A driver’s license in California may either be

Cancelled licenses mostly result from administrative errors and can be the easiest to resolve.

Drivers who have had their licenses cancelled need to reapply for a license following the same process as for applying a new license. The only exception is that you may be asked to supply some additional documents. These include

A license in California may be suspended for a number of reasons. For example; suspensions are issued for repeated incidents of less serious violations such as reckless driving. They may also be issued for failure to pay fines associated with some of these violations.

Reinstating a license after a suspension requires meeting the mandated terms and conditions.

Proof of insurance and completion of three to nine months of DUI treatment are required in order to apply for license reinstatement.

Licenses may be revoked when people commit a single serious violation such as felony or several semi-serious violations, including misdemeanor crimes. Failing to appear in court for any of these crimes may also result in a license being revoked.

In cases where revoked licenses cannot be reinstated

In California, the crime of felony assault with a deadly weapon, where a vehicle was the weapon results in that person’s license being permanently revoked. In most other cases, a revoked license may be reinstated after a period of time that ranges from one to five years, provided that certain conditions are met.

If a driver is charged with reckless driving or hit and run and anyone is injured, he or she will have their license revoked for one year. Second and subsequent DUI convictions in a 10-year period result in the driver’s license being revoked for a period of three to five years.

Although we have a lot of options to have our licenses reinstated, it would be wisest to always be very careful when behind the wheel and to keep ourselves up-to-date with the ever changing traffic rules and guidelines applicable in the state.

Previous postHow Much Does a DUI Really Cost? Next postHow to Know the Difference Between a "Ticket Service" and a "Law Firm"