Prepare to Fight a Speeding Tickets, It Is Financially Prudent 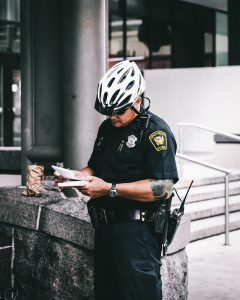 Receiving a speeding ticket is never pleasant. Moreover, between the cost and inconvenience associated with paying a ticket off, it’s easy for anyone—particularly those who hadn’t previously received a moving violation—to become frustrated.

However, what many don’t know is that fighting a speeding ticket in court (as opposed to simply paying the corresponding fine) is effective in a surprising number of instances; those who successfully undertake the process of disputing a speeding ticket clear their name and driving record, save a substantial sum of money immediately, and save an even greater amount of money in the long term by preventing a rise in insurance rates.

To maximize the chances of successfully disputing a speeding ticket and to help make this process as simple and straightforward as possible, here are some ultra-useful tips!

Be Polite to the Responding Officer

This tip will prove useful for those who’ve already received a ticket (useful in future instances, that is) and those who’re reading to gain an advantage should they be pulled over by police at a later time.

Being polite to the responding officer is more than common courtesy; it’s an acknowledgement that this law enforcement professional has a difficult and frequently taxing job, and that he or she deserves a break.

Answer questions politely and respectfully, use a kind tone of voice, and avoid making quick movements (ask for permission to reach into the glove compartment to receive registration information) to render this officer’s job as painless as possible. Doing so may even prompt him or her to “go easy” and replace a speeding ticket with a warning.

Moreover, the alternative—being nasty, rude, and/or inconsiderate to a police officer—can produce additional legal charges and, more likely than that, prompt this officer to defend against the charges made by appearing in court. The latter greatly reduces the chances of a ticket being successfully disputed.

Gather Evidence Prior to the Defense Date

For those who intend to beat a speeding ticket in court, last-minute evidence gathering won’t cut it.

Long before the established trial, all manner of pertinent evidence, including the time of the day that the ticket was issued, the approximate speed one was traveling at when pulled over, the shape and style of the nearby road (be sure to mention hills and/or ice that may have increased the speed of the vehicle), should be compiled, memorized, and neatly summarized in a single document. Other arguments, including those pertaining to the accuracy of the radar gun used to measure speed, should also be researched and supported with statistics.

Practicing answers to potential questions (those relating to speed, rate of travel, and the overall defense) is also a very good idea.

Speaking of “the hill down the street from the Mountain View Hotel” probably won’t be enough to convince a judge that a speeding ticket was unjustly issued. A good rule of thumb is that if a family member or friend can’t envision one’s defense without diagrams and/or pictures, a judge will likely have difficulty doing so—and difficulty overturning the ticket.

Instead, defenders should photograph, record, and/or draw the section of the road where the ticket was issued, with an emphasis on how this information will impact the defense argument itself. As was said, nearby hills, ice, less-than-clear speed limit indicators, and more are valuable supporting points to any speeding defense.

It should also be noted that images of the road in-question enhance the professionalism of the defender and make it look like he or she has a legitimate case; both of these points bode well for the verdict.

There’s nothing fun about receiving a speeding ticket, but getting a ticket doesn’t necessarily mean one has to get stuck with a ticket. These tips should make defenses as solid and success-oriented as possible. Hopefully the desired results will be achieved.