5 Tips to Remove a Speeding Ticket from your Driving Record 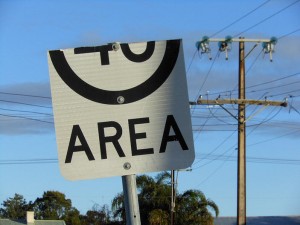 Getting a speeding ticket is never fun, but the real issue is addition of points on your driving record. These can make your insurance rates go up and even make you ineligible for certain jobs. If these points cross a certain limit, you may even lose your driving license. In some areas and situations it may be easy to deal with it, but in most cases, there is at least some provision for drivers to have their speeding tickets removed from their records.

Let’s discuss a few tips that can help you remove your speeding ticket.

1. Keep your cool at all times

When you get a speeding ticket it is assumed that you have violated the law. Being polite and complying with all of the officer’s requests is the first step to show that you are a reasonable person and should be given a second chance. How you behave with the officer does influence the verdict of the court should you wind up there and it will definitely affect whether the officer lets you off with a warning or cites you.

Consider carefully whether to admit guilt or not, when stopped for a traffic violation. Some officers may be more willing to let you go with just a warning if you admit your mistake, while others might use it against you in court. If you choose not to admit guilt, avoid being argumentative but profess ignorance as to how fast you were going or what the permissible speed limit is.

The general rule of keeping your cool applies all the more when you are in court. Whether you feel its right or wrong, remember that the law says you were in the wrong and you are now asking for a consideration. If you are claiming to be innocent, i.e. you received the ticket in error (you were not speeding), keeping your cool will make you appear to be a reasonable and believable individual instead of a hothead who is lying because he got caught.

State laws vary in whether you can remove a speeding ticket from your record by attending traffic school or not. In some states, it is relatively easy to use traffic school to avoid getting points on your record for a first offense while in others, it is difficult or impossible. Subsequent tickets (after the first) may not offer the same opportunities for a clean slate.

You must determine how long it will take you to contest a speeding ticket in your state. This can vary by county as well, so make sure you check it with the relevant authorities. If you do not enter a plea by the proper date, you will probably be considered guilty and may lose your chance to attend traffic school.

3. Talk to the officer

Politely make an appointment to see the officer that issued the ticket if he or she is willing. Discuss the situation with them in a calm manner. If you made a mistake, consider admitting it. Officers are human and they may be more likely to allow you out of the ticket if they think you have learned your lesson from the situation. However, this may be used against you in court should you later end up there.

If you do not believe you have made a mistake, argue your case calmly and without insinuating or stating that the officer did something wrong. Ask about the equipment or the road situations. If you get the impression that you are driving the officer crazy, move on.

Traffic school is known by different names in different states but the purpose is usually the same. People who receive speeding tickets or sometimes, other types of Long Beach tickets are required to attend classes about traffic rules and driving safety in exchange for removing the points on their license. This does not completely do away with the ticket because in most cases you are still liable for the payment of all the related fines but it can surely help you avoid an increase in the insurance charges.

Not all states allow traffic school as an option for getting rid of the speeding tickets. In these states your options may be to plead guilty and receive the points on your license or fight the ticket in court.

To conclude, you should be well prepared ahead of time with information about the circumstances or anything that could make the judge lean your way (such as the speed limit sign being hidden) and a solid recollection of what happened when you were issued the ticket. While you may judiciously decide to do so before the case goes into court, never admit guilt once you are inside the court.