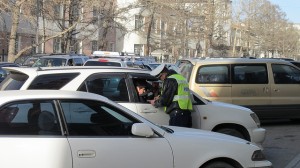 When it comes to traffic violations and related citations, it’s amazing how most people don’t understand the nuances behind a traffic ticket. This is fine, right up until you get one. But as a responsible driver and a law abiding citizen, it can really pay to learn the truth behind various misconceptions people have with respect to traffic tickets.

In this post, we’ll take you through some of the most common myths people have about traffic citations and options to dealt with them.

Myth #1 – All mistakes are equal

Police officers are only human, and this means that they may make mistakes from time to time. But some of these mistakes are more important than others when it comes to getting a traffic ticket dismissed. If the officer writes in the wrong field on the form, this is likely to be seen as a clerical error and not really considered as a mistake.

However, mistakes in the facts of the situation are often taken more seriously. Some examples of these types of mistakes can be:

So, when you’re issued a citation for any traffic offence, you have the option to contact a law firm if unsure of the seriousness of the mistake in your ticket.

Certain mistakes make it much more likely that a ticket will be dismissed. However, there are no mistakes that lead to automatic dismissal.

It is therefore in your best interest that you attend the court and put your point across.

Although this might have been the case in the pre-digital era, it is certainly no longer true.

Most people have heard that if the issuing officer doesn’t show up in traffic court, the ticket will be automatically dismissed.

Myth #5 – Making up excuses will help your case

It is natural to want to explain your behavior when a cop pulls you over. However, most excuses contain an admission of guilt, which can come back and bite you if you later choose to fight the ticket. Keeping this in mind, hold back from over-sharing information with the officer who cites you unless you have a really good excuse; such as being on the way to the emergency room.

Myth #6 – Signing a ticket is an admission of guilt

When tickets are issued, the officer usually has the driver sign to show that he or she has received it. This is NOT considered an admission of guilt and in fact, refusing to sign can land the driver in hot waters.

Sometimes it is just an unhappy police officer who has had a bad day at work. So one option is to handle the situation patiently, talk to the officer and sign the citation. No doing it may make situation worse and may lead to an arrest and a trip to jail.

To conclude, please remember that though traffic tickets that have errors are more likely to be dismissed by the court, but it primarily depends on the type of error that was made. If you’ve received a traffic ticket that appears to have a mistake on it, this might be well-served by checking with an attorney to see what prospects you have for fighting the citation.

Previous postCan I Ignore My Red Light Photo Ticket? Next postHow a Fix It Ticket Can Turn Into Big Fines