Can I Ignore My Red Light Photo Ticket? 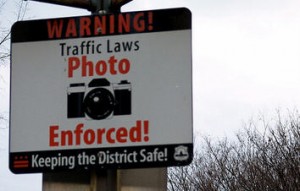 It’s never a good idea to believe everything you read, especially if it talks about providing medical, legal or financial advice.

This was the lesson learned by many California drivers, when an article was published claiming that fines issued from Los Angeles county red light cameras could be ignored and don’t need to be paid. This article, which was published in the Los Angeles Times, claimed that city officials had decided to phase out the red light camera program and they’re instead instituting a policy of “voluntary payment”.

If It’s Too Good to Be True, It Is

What many people didn’t realize is that this article was referring to L.A. County Courts only. Unfortunately, thousands of Southern California area residents applied this article to their own tickets and were shocked to find out weeks later that they were not only still responsible for paying the fine, but had incurred a number of other charges as well.

What Can Happen If You Get a Ticket in the Mail

If you receive a ticket in the mail, it usually means the county is pursuing it. If they weren’t going to pursue it, they usually won’t mail it out in the first place.

The majority of counties in California (except for Los Angeles) not only seek payment for the fine, but can send the claim to a collection agency if their repeated attempts to collect the money go unanswered. This can result in a damage to your credit score. What’s more, the fine can increase a lot by the time a person is actually forced to make payment.

If the traffic tickets remain unpaid and nothing is done by the defaulter to deal with it, it can result in the following;

All of this means more money out of your pocket.

The Problem With Red Light Cameras

The reason red light cameras are such a hotly-contested topic is because they take the judgement of a real, live officer out of the traffic enforcement equation. A camera has no way of knowing what situation a person was in when they ran the light, only that their vehicle was in a specific place when it shouldn’t have been.

These are questions that an officer can factor into the decision to give a driver a ticket or not. A machine simply isn’t able to do so.

But while lawyers debate behind the scenes about the legality of these machines, thousands of them remain in service, popping out automatic fines to the tunes of millions of dollars a year.

So, Can You Ignore Your Red Light Ticket?

The answer (excluding Los Angeles Co.) is a resounding, emphatic “NO!”. If you receive a red light photo ticket in almost every county in any state, especially California, it is absolutely crucial that you deal with it and find out options to have the issue completely resolved.

In many cases, a good traffic lawyer can forgo court and even keep the police from adding points to your license. Some have even found a way to argue against the red light camera’s legality, and have the charges dropped altogether.

Previous postGot a Ticket for Being a Lyft.com or Sidecar Driver? Next post6 Myths Surrounding Traffic Ticket Penalties and Fines