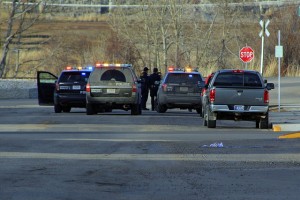 Everyone would appreciate a little amnesty from time to time. Fortunately, today’s California drivers have the option to receive it through the amnesty program.

The definition of the word “amnesty” is a pardon or forgiveness of something that a person owes.

The state of California has a special amnesty program for drivers who have unpaid traffic tickets. The goal of the program is to give drivers with outstanding tickets a chance to bounce back and clear up their obligations. The amnesty program is a one-time arrangement that will allow them to pay off an old ticket under certain provisions.

The following is some information on the program and how it can help a driver to clean up any traffic garbage that he or she may have on the record.

What Is the Amnesty Program

The amnesty program is something that the state offers to drivers who have not paid their traffic fines for a long time. The program became available as on October of 2015 and it is available to people who have fines that were outstanding as of January 1, 2013 and had not been paid since.

Qualifications for the Amnesty Program

To qualify for the amnesty program, the applicant has to have an outstanding ticket(s) that he or she has not paid since January 1, 2013. The program only counts for fines that have not been paid after September of 2015. An alternative program is available for a person who has made a payment after such a date.

A small group of individuals may be deemed ineligible for the program. Those people are:

The Pros and Cons of the Amnesty Program

The amnesty program has positive and negative aspects to it.

The other aspect of the amnesty program is that it has costs associated with it. Those who enroll for the program must pay a program fee and license reinstatement fee along with the cost of the discounted ticket.

How an Attorney Can Help

A driver can hire an attorney for roughly the same amount of money that it would cost him or her to enroll in the amnesty program.

Law firms and attorneys can be contacted to discuss your case in length and determine the best possible course of action for your outstanding traffic tickets in case you for the amnesty program.

Previous postTickets for Driving without a Valid California License Vehicle Code 12500 Next postUber and Lyft Drivers Beware of Sting Operation (PUC code 3.01 and 5411)