Technology to Avoid Getting Speeding Tickets 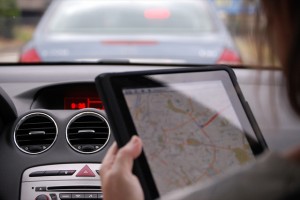 The automobile industry integrates the latest tech into their vehicles to enhance safety. Technology seems to have something to contribute to every facet of life. With the radar detection equipment to come out of the 90’s, it even began to help drivers to know when a police officer was nearby so that they could slow down and prevent a speeding ticket.

Well, as technology has developed further, tech savvy consumers are recognizing a number of innovative methods to avoid speeding tickets listed below.

The developers of the mobile app known as Waze recognize that if there were a centralized network wherein local drivers could report police traps, drivers would be able to avoid them. This means that if one driver endures a police trap, they will report it to the Waze app. This will alert other local drivers of the police trap.

Of course, some police officers have expressed concern that the Waze app could be used as a police stalker. It has the capacity to alert roving bands of criminals to police presence in a certain area. If they have malicious intent, they will have the strategic advantage. But this was hardly the intent of Waze developers or the normal user.

The story is as old as traffic cameras. An individual is cruising a little over the speed limit. One of these dreaded cameras catches them and captures an image of their license plate. A few weeks later, they get a ticket in the mail.

Well, many drivers recognize that there is a downloadable add-on to their GPS device known as POI software. If the driver is approaching a traffic light equipped with a camera, POI will alert them. They will adjust their speed accordingly, and avoid a speeding ticket.

Often individuals really did not know how fast they were driving. They were not paying attention to their speed and they just went a little over for a second. But during that very second, police sirens began to blare. Alternatively, perhaps the speed limit changed and they did not realize it.

There are some danger zones that the police will survey to ensure that nobody is speeding. Sometimes, people will approach these areas unaware. Some include school zones, railroad crossings, dangerous intersections, and bad weather conditions. The police will be more inclined to pull somebody over if their actions could have caused an accident or a serious injury.

The Phantom Alert mobile app will inform the driver when something like this is going to be a factor. It will give the driver the necessary information to make wise decisions so as to avoid both an accident and an inconvenient encounter with law enforcement.