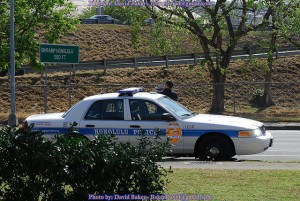 When it comes to common ways in which law enforcement interacts with private citizens, traffic stops would top the list. Among the top reasons for police officers stopping drivers is exceeding the legal speed limit. As it pertains to speeding, one of the most common concerns among drivers is the legality of what they consider to be speed traps. The question that arises from this dilemma is whether speed traps are legal or not?

While there are a number of different arguments that have been made against the use of speed traps to enforce the speed limit, the most relevant element of discussion in this area is proper definition.

Narrowing and Defining the Term

When it comes to speed traps, there are multitudinous ways that the term has been defined, especially among private citizens who end up on the wrong end of a speeding ticket. So, the first matter of business is to clearly define what a speed trap is.

Most states have restrictions against certain questionable behavior by law enforcement, including the use of what is known as “marked road traps.”

While it is possible for a driver to defend themselves against a speeding ticket in traffic court, it is not always the most profitable option. First of all, there are certain things that a driver must be aware of prior to their day in court. There are two things in particular that will impact their ability to defend themselves.

The first thing that the driver must be aware of is the type of speed law they were ticketed under; presumed, basic or absolute.

When it comes to the basic speed law, it can be even trickier to defend. This is because a driver can be ticketed even if they are traveling under the posted speed limit, as long as the officer determines that they were traveling at a speed that was unsafe under the current conditions.

The second thing that a driver must be aware of is the method the officer used to measure their speed, such as radar, pacing, aircraft, VASCAR laser.

There are so many different variables that are associated with speeding laws that it is nearly impossible for a police officer to have them all in mind when issuing a speeding ticket; subsequently, it is possible that they may issue a ticket in violation of a specific statute that exposes the state to a successful defense.