Pros and Cons of Challenging a Traffic Camera Ticket 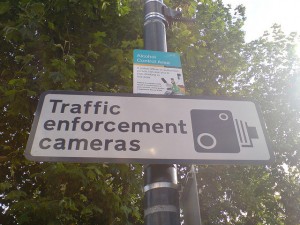 There are a few drivers who have had the experience of finding a traffic ticket in the mail. This can be rather disconcerting, given many of those drivers may or may not even remember the incident that gave rise to the infraction or the ticket itself. But there it is, a picture of them breaking a traffic law taken by a traffic camera. Now what? Should they fight it? If they do, what are the possible benefits and drawbacks?

The Hidden Costs of Traffic Fines

When a driver capitulates and simply pays the traffic fine, the ticket and the associated infraction are added to their driving record. This is a more-or-less permanent record of every mistake that driver has made in the last few years. When that driver’s insurance company looks up that record, it will weigh heavily in their calculation of insurance rates, and those rates may be significantly higher for some time as a result of any infraction.

Some infractions can also put the driver’s license at risk. Many states count points for certain kinds of tickets. When those points exceed a threshold, the license may be suspended or revoked.

To avoid some of these costs, drivers may be either offered or sentenced to a traffic school at their own expense. While this isn’t as expensive as an insurance premium hike, it can rival the cost of the traffic fine in many cases.

Beating a traffic ticket means there are no costs at all. Nothing is added to the driving record. No fine is paid. No license points are applied. While this may not be a universally compelling incentive, when facing particularly expensive set of penalties, it can be worth it to at least look into the possibility of fighting the ticket.

Drivers must remember a traffic ticket is subject to the same requirements as any other criminal charge, even though most traffic tickets are infractions or at most, misdemeanors.

The problem with cases involving traffic cameras, at least according to most drivers, is the fact there is a picture of them violating the law! How are you supposed to overcome that? It’s literally the perfect witness. That is, of course, what the manufacturer would have you believe.

It should be noted traffic cameras are very good at taking pictures of cars. However, they are less adept at proving the defendant was driving.

If a driver loses a case in traffic court, they may not only be liable for the fines and all the other associated penalties, but could also face court costs and legal fees if they retained counsel. This can rapidly add up to more than the cost of just paying the fine. There is also the principle of the driver simply considering the fact they broke the law and should just pay the penalty and move on. Naturally every driver must make their own decision.

A traffic camera ticket doesn’t have to be an automatic loss for the driver. Like any case, it should be examined objectively and the facts should be the basis for any just decision, no matter what the infraction actually is. Every driver has to decide for themselves, but they don’t automatically have to just pay the fine.