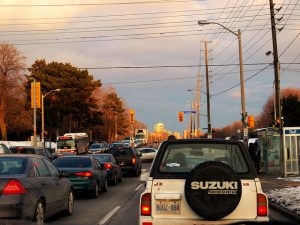 According to the police department, traffic volume is higher in some areas than other less traveled routes. In response, Culver City is adding red light cameras for photo enforcement at the busiest intersections. In other places in the city, it has been revealed that traffic is lower and these cameras are being removed. The Culver City Police department scrutinized the best use of the camera technology and through planning decided to optimize the efforts to catch red light violators.

Why Increase the Red Light Cameras

This comes as a result of commerce growth.

The Police Department said that it would help maximize the through ways by increasing the number of red light cameras. Essentially, after a careful analysis, the decision was executed. Thereby, removing cameras in the areas with the fewest incidents of red light runners. Then installing them at the intersections with both a higher traffic volume and a higher number of violators which will lead to many offenders getting red light tickets.

Cameras Will Be Removed From

In a press release, the Culver City Planning Department announced the decision. There had been an ongoing discussion of rezoning the area through temporary barriers. This isn’t unique however, whenever drivers make a shortcut, such as through a parking lot or on side streets, police departments often restructure the area of concern with traffic cones or temporary fencing. Thus far, the city doesn’t see the shortcuts or alternate routes as a method to circumvent heavy traffic. So, in a measure to avoid expansion of the red light program, which could add taxation for the citizens to pay for, instead another plan was implemented.

The overall concern surrounding the red light cameras was, what is safe for the citizens of Culver City?

The internal problem created by the use of shortcuts, effectively cutting through the city, does save time, but could impact the residents of the west side. This is important to avoid potential pedestrian hazards; as they often walk along this part of Los Angeles, a highly populated residential district.

New businesses have extended the economic progress of Culver City, which is a good thing. However, this required a better approach to controlling traffic overflow in these areas. By observing traffic patterns, the Department was able to come up with a cost effective solution.

We Can Help You

If there’s an incident involving red light camera violation, which results in the issuance of a traffic ticket, drivers can avoid points and infractions by speaking with a qualified attorney, to discuss the legal options. An experienced law firm can represent your case and save you the time, money and hassle of dealing with a red light ticket.