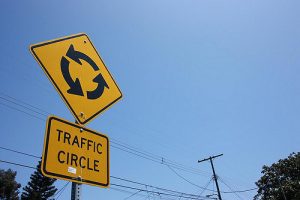 Nobody likes to be pulled over by a police officer. Most of us have experienced this heart pounding moment and we all feel the stress. It may be even more stressful when you experience the traffic stop in a large metropolitan area like Los Angeles, California.

Getting a Ticket in the Los Angeles Metro Area

There are a lot of cars in LA. The city has a well earned reputation for having traffic jams and really long commutes. Californians love their cars.

There is also no truth to the idea that signing the ticket is an admission of guilt. That is not the case. Signing the ticket simply constitutes a promise to appear in court on the date on the “Notice to Appear”. Refusing to sign the ticket will result in your immediate arrest which is a bummer. Just sign it so you can continue on your way.

There are a number of infractions that a driver can be charged with in a traffic stop. The most common ones are:

Common Areas to Get Tickets

There are a lot of cars in Los Angeles and as a consequence there are a lot of roads in the area as well. Some of these roads are really well known like Hollywood Boulevard and Rodeo Drive. The likelihood of getting a ticket for running a stop sign or light is more likely on certain thoroughfares in the metro area.

The most common ones are La Brea Avenue, Olive Street, Figueroa Street, plus a couple of the big freeways in the city.

Resources for Handling a Ticket

There are really just 3 ways to handle a traffic ticket – admit guilt and pay the fine, hire an attorney to help you defend yourself, or defend yourself in court. It really is that simple. The first two options do involve a monetary commitment. The third option will require a lot of hard work on your part.

One of the things you need to know is where the courthouse is located. It is basically, just off of Washington Street between S. Olive Street and Hill Street.

Most people do several things to successfully fight a ticket. First, stay calm just as mentioned above. Second, organize your facts. Make sure that you know what happened, when, where, and how. Third, make a good impression. Dress and act like a professional. Fourth, keep your focus during the trial so that you can take notes and ask appropriate questions of witness. Fifth, if it’s all just too much hiring an attorney is a great option.