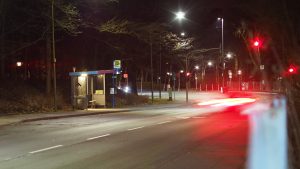 Running a red light has been a crime basically ever since stoplights were invented. Sometimes you’re lucky enough that no one is around when it happens and no bad consequences come out of it. Of course, this generally isn’t the case if the intersection you ran through was equipped with a red light camera, and for many years now, people have been receiving tickets in the mail for running a red light due to these red light cameras. However, Culver City has recently started using red light cameras to spot more than just red light violations.

Drivers are now finding receiving citations from the Santa Monica Courthouse in the mail related to unsafe lane changes, failure to obey a sign and various other moving violations. Should you receive a ticket in the mail for any violation captured by ANY red light camera, it is essential that you contact an attorney. The fact is that only certain red light camera violations are allowable in court, which means that it may be possible to get your case dismissed.

The fact that the Santa Monica Courthouse has begun issuing tickets for so many different red light camera offenses is something of a surprise, and in some cases, the goal appears to get people to pay a fine even if they are not legally required to do so. This is precisely why it is so essential that you contact an attorney as soon as you receive a red light camera ticket in the mail no matter what violation you purportedly committed.

It’s a simple fact that California law only allows citations to be issued for violations captured on automated traffic cameras. The only problem is that not every driver knows this, which has led some people to pay fines for violations that would have been dismissed immediately had they challenged it in court. Moreover, the images captured by the red light camera must meet a number of specific criteria for a violation to be issued.

For instance, the actual ticket and photo evidence of the violation must be sent to you within 11 days from the date the violation occurred. The photo evidence accompanying the ticket must also clearly show your face. It is not enough to just have photos of the license plate proving that it was your car as a clear photo of the driver’s face is necessary to prove who was actually behind the wheel at the time.

Photo Evidence May Hold the Key to Getting Your Case Dismissed

In some cases, an individual will receive a ticket that only clearly shows the license plate number and the violation being committed. This type of ticket is sometimes referred to as a snitch ticket, and they are usually sent out in order to get the owner of the vehicle to hopefully identify who was driving at the time of the violation. If you receive this type of ticket, it is important to understand that you are under no obligation to reveal the driver’s identity.

The fact that the driver’s photo is such an important piece of evidence has actually led to at least a few cases of mistaken identity where individuals were mailed a ticket showing a photo of someone who looked like them driving a vehicle that wasn’t registered in the ticketed individual’s name. In fact, there was one recent case in Culver City involving a somewhat well-known actor.

All of these factors show the importance of contacting a lawyer if you ever receive a red light camera ticket in the mail. It is a known fact that officials will send these tickets knowing that they won’t stand up in court and with the hope that the individual just won’t challenge. A red light camera ticket will not only end up costing you a fine, but also result in points being taken off your license. Therefore, it is well worth having a skilled attorney in your corner and thus improve your chances of possibly fighting against it.  Contact us today if you receive a ticket in the mail–we have over 25 years of experience fighting traffic tickets.