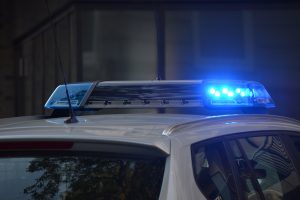 Getting charged with a second DUI offense in California has the potential to be a life-changing experience—and definitely not in a good way. Under the state’s laws, anyone facing a second charge for DUI is extremely likely to be sentenced to jail time if convicted. Specifically, Section 23540 of the California Vehicle Code specifies that anyone convicted of a second DUI offense within 10 years of their first must serve a mandatory jail sentence ranging from 90 days up to one year. In this sense, it is vital that you contact an experienced California DUI attorney as soon as you’re arrested as this may allow you to avoid potential jail time and excessive legal fees and possibly even allow you to have your license reinstated under certain conditions.

As in most other states, California treats DUI convictions as a ‘priorable offense.’ What this means is that repeat offenders are subject to much harsher penalties than those facing their first conviction. In the case of a second California DUI conviction, the standard minimum penalties include five years of probation and a $390 fine. Those convicted of their second DUI offense are also required to attend an 18-month alcohol education class. You may also be facing a very lengthy driver’s license suspension. The average suspension in second DUI cases is one year, but the judge can extend this depending on the circumstances surrounding your arrest.

The major issue is that California’s code is written in a way that individuals are often charged with two separate offenses in connection with their DUI arrest. The first offense is the standard DUI offense, while the second is a separate offense for a second DUI conviction under section 23103.5 (a). Essentially, this means you could end up facing double the penalties and fees—including up to two years in jail—if you are convicted of both offenses. Still, there are many situations where a skilled legal expert can potentially help you to beat the charges or at least ensure you’re only facing one offense.

Jail Time or Probation Are Both Possibilities

Although the California legal code specifies mandatory jail time for second DUI convictions, this doesn’t necessarily mean you’ll be spending 90 or more days in jail. The reason is that an experienced legal professional may be able to argue on your behalf and successfully convince the judge or prosecutor to be lenient and give you probation instead of jail time. Of course, this is another area where your chances of success depend greatly on the circumstances surrounding your arrest and your criminal history/ driving record.

If no injuries resulted from your DUI and you mostly have a clean criminal record, your lawyer may be able to successfully negotiate a plea agreement whereby you only receive probation. However, this doesn’t mean you will be completely free from having to spend any time in jail. The reason is that California law still mandates a minimum period of 96 hours in custody for any second DUI offense. Of course, 96 hours is a lot better than 90 days, which is why it helps you have a skilled attorney by your side.

Even if your attorney isn’t able to get the judge to agree to probation, there still may be one other other option that can allow you to avoid jail time. Specifically, your attorney may be able to convince the judge to allow you to complete your sentence under electronic home confinement instead of spending it in jail. So-called house arrest, electronic home confinement is a scheme where all of your movements will be tracked by a GPS ankle monitor or ankle bracelet. In this case, you may still be allowed to go to work and perform some other basic activities as long as you clear your movements ahead of time with the officer overseeing your case.

Simply looking at the potential penalties that you could face if convicted of a second California DUI is probably enough to convince you of the importance of finding a qualified legal professional to assist you with your case. Still, if you need even more evidence of why it’s so important all you need to do is understand how much easier your life will be if your attorney manages to get you probation or house arrest instead of jail time. In this sense, hiring an experienced attorney could be one of the best decisions you ever make—unless you’re somehow attracted to the idea of spending at least a few months behind bars.

Contact us today if you need help in dealing with second DUI offense–we have over 25 years of experience fighting traffic tickets especially DUI offenses.