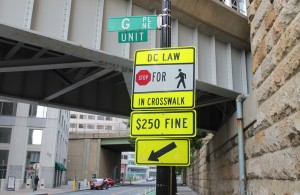 When it comes to traffic citations issues in the state of California, it is unfortunate that many traffic citations are issued every day for a number of violations. While some are citations that are fairly issued, others may sometimes be disputed. There are many reasons why someone may want to fight a traffic ticket. For example, a ticket issued to someone who ran a stop sign may state that the sign was concealed by tree branches or bushes.

A speeding ticket issued in a school zone may be disputed if the driver states that the time when the lower speed was in effect had already passed. These are just a few of the reasons why a driver may wish to dispute a ticket, and it has now become easier for many to dispute their tickets.

Before May 2015, the rules about how to fight a traffic ticket in California were rather confusing, and they often were not uniformly followed in all municipalities.

How the Process Has Changed

In May 2015, however, a California Supreme Court Justice issued a ruling that stated that the current process for disputing a traffic violation was too burdensome and was not fairly applied.

Specifically, the law was amended in May 2015 so that drivers no longer have to pay bail in order to fight their traffic ticket in court.

In the past, some drivers who were unjustly issued tickets and who did not have money to pay the ticket outright had their license suspended because they failed to pay the fine or failed to appear in court. In fact, this happened with millions of drivers over the course of an 8 year period when their licenses were suspended due to non payment of the ticket penalty.

The new process is now designed to be more fair to drivers.

What This Means for You

Not all drivers who receive a traffic citation should contest the ticket. If you know that you broke the law and that you had no justified reason for doing so, you may consider other alternatives, such as paying for the ticket or taking a defensive driving course if this is available to you. But;

This ultimately may prevent you from having to pay a fine or having to deal with points added to your record.
Fighting a traffic ticket that you believe was issued unfairly or not according to the letter of the law may benefit you in several ways. The new change to the law established by the California Supreme Court provides you with easier access to the courts and with an easier way to fight your ticket. If you disagree with a ticket that was recently issued to you, take time to explore the options or contact a law firm to decide the best course of action to take.