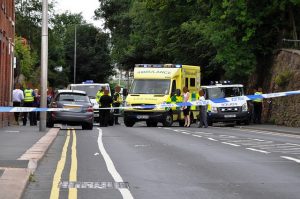 The vehicle can be stationary or in motion. Being accused or suspected of a hit and run can put a person in a precarious situation.

Most Common Scenarios for a Hit and Run

How Is Hit And Run Treated By Law

This is why it’s incredibly important to consult an attorney if you think you might be suspected of a hit and run.

What To Do When Suspected Of A Hit And Run

Common Missteps When Suspected Of A Hit And Run

One of the most common mistakes a person can make if charged with a hit and run is to discuss the matter with police before consulting an attorney.

Having an attorney present should be the first priority if suspected of a hit and run.

The Most Common Defenses For A Hit and Run

There are multiple common offenses for a potential hit and run.

There may be extenuating circumstances that may have prompted you to make the decision to leave an accident.

Penalties For Hit And Run

The penalties for a felony can be severe. The person can expect to pay fines up to $20,000. The offense also carries a penalty of up to 15 years in prison. You simply cannot afford to not have legal representation with these risks.

If suspected of a hit and run, you need to contact an attorney immediately. The attorney should be present if you are called to answer any questions once an investigation has been launched. You want to avoid being unprepared at all costs.