Winning In Traffic Court Because The Cop Doesn’t Show Up 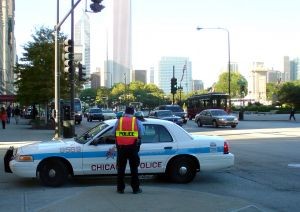 Determining whether you want to fight a traffic citation in court can become a confusing endeavor. There are certain instances in which fighting the violation may not seem like a good idea, because the probability of winning may not be that high. However, unless there is some type of negative consequence associated with losing your contest in the court of law, it is best to consult an experienced attorney and fight your ticket.

Something that might be considered a negative consequence is court fees that may be associated with the actual trial, but as a general rule, the penalty for the violation does not increase if you lose the trial.

When determining whether or not to fight your ticket, consider the below;

Your Word Against Theirs

In many traffic cases, it will boil down to your version of what happened being in comparison to the version of the police officer.

On the other hand, when the police officer fails to show up to court, the chance of you winning the case increases drastically. This is because;

What To Do If the Cop Does Not Show Up

It is important to understand that there is more than one type of no-show when it comes to police officers not coming to court.

If you arrive at the court, and you don’t see the officer that gave you your ticket, it is still wise to be prepared to present your case. If the judge decides to proceed in lieu of dismissing or rescheduling the case, you will need to be ready.

It helps to have taken the time prior to your court date to familiarize yourself with the laws that are applicable to your case, and also to determine how you are going to defend yourself against the charge. You might say that you did not do it, or that there were extenuating circumstances. Either way, you should be clear on your defense and prepared to carry it out.