6 Consequences of Getting a Failure to Appear in Court 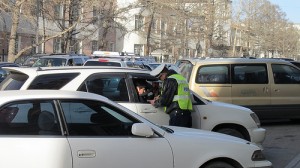 Getting a ticket for a traffic violation is enough to ruin your day and the problem can get worse if you fail to appear in court to represent your case. Understanding the consequences of failing to appear helps drivers understand why it’s important to comply with the court’s requirements, and why it might be necessary to hire an attorney to deal with a civil assessment charge – also known as failure to appear.

What Does Failure to Appear Mean?

In the state of California, drivers must sign traffic citations. This signature essentially completes a contract between the driver and the court, wherein the driver agrees to appear in court on a certain day. If the driver does not keep this appointment, then their absence in considered as failure to appear.

The Consequences of Failing to Appear

When you do not appear in court on the time and date specified in your citation, the court may choose between a number of different consequences. Often, the judges choose to apply more than one of the penalties applicable in law. These can adversely affect your driving record, and may also prove to be very expensive.

Once any of these consequences have occurred, it isn’t an easy task to set them right. Some defendants make their situation worse by failing to appear for a subsequent court date. In many situations, the only way to resolve the problem is by hiring legal counsel.

A better understanding of the consequences might make it easier for you to see why it’s important to comply with the court’s demands.

If you are out on bail, you often have to pay money to the court in lieu of the bail amount. However, in the event of failure to appear in court in response to a traffic violation, you may find yourself owing more bail money than normal.

This is the penalty that can really sting. That’s because you will still be required to pay this assessment even if you are able to make a later appearance in court and win the case. Being able to hold on to $300 is excellent motivation for keeping a court date.

If you are only charged with a traffic infraction, it isn’t going to get a criminal record. However, a failure to appear can result in a misdemeanor charge which will in turn add points to your clean driving record.

It is possible to clear up an arrest warrant, but it involves a considerable charge. Typically, it makes more sense for anybody who’s been cited for a traffic violation to rely on the advice of an attorney when dealing with this matter.

Specific laws governing traffic violations vary between counties. In fact, the county in which the driver is registered plays a major role in deciding the consequences that may be levied in the aftermath of a failure to appear.

A good traffic attorney is the best means to a solution when it comes to addressing a civil assessment case.