Charged as a “Habitual Traffic Offender” 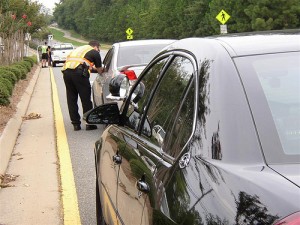 In California, you can be charged as a habitual traffic offender if you commit any of the following violations within a 12-month period while driving on a suspended license:

What Should You Do if You Are Charged?

Even though it is serious, being charged as a habitual traffic offender does not mean that you will be convicted. Many people find that hiring an attorney who is experienced in handling traffic violations is a wise idea. These lawyers are well-versed in the law, and they know the workings of the court system where your case will be heard. Your lawyer may be able to get the habitual traffic offender charge reduced or even dismissed, resulting in a far less severe penalty.

In order to ensure that your attorney has enough time to bring about a favorable result in your case, it is best that you consult them as soon as possible after you are formally charged.

So, stay away from being issued a ticket for being charged as a habitual traffic offender by refraining from driving while your license is suspended. This conviction could result in severe penalties, a lengthy jail sentence and costly fines. And if you are charged, you can seek the advice of an experienced attorney, explore your options and give yourself the best chance for a favorable outcome.