California Ranks 4th in the Country for Traffic Tickets 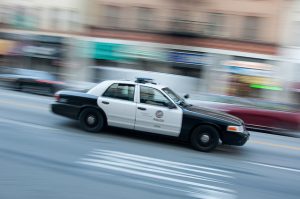 That doesn’t include the hike in your insurance. You’re likely asking yourself how this is even possible. All these figures are not made up but are factual figures.

Unfortunately, for many lower income residents of California, this is not only possible, but it’s costing them money they don’t have and even the loss of their license.

Legislation is Working on Amnesty Program

The proposed legislation would offer suspended drivers the opportunity to have their driving privileges reinstated as long as their offenses were minor and nonviolent (expired tags, broken taillights, etc.) and they agree to pay their fees in full. The legislation would also work to reduce fines by 50% over the course of 18 months by matching those in need with an amnesty program being proposed by Governor Jerry Brown.

Opponents Does Not Agree to The Amnesty Program

Opponents of the bill claim that a reduction in fines and a general amnesty program will actually encourage drivers to not pay their fines and that the amount they can collect will not be enough to fund the proposed training.

Hertzberg maintains that the current system is a no win for Californians, especially those already living in poverty. According to the study cited in Hertzberg’s bill, 75% of drivers who have their licenses suspended actually continue to drive, often times without insurance, which simply raises a public safety concern beyond than the minor traffic violation that lead to the suspended license in the first place.

Given that drivers are only allowed to request consideration of their inability to pay, after they’ve already paid pre-court fees means that many suspended drivers will continue to struggle and fall deeper into poverty under the current law. Hertzberg claims he is only looking for a common sense fix to remarkably broken system.

Allowing people to keep their licenses after minor traffic offenses will allow them to keep their jobs and encourage economic growth. Removing their ability to get to work until they pay a fine is a short sighted way for local jurisdictions to try to recover their own economic losses.

Previous postFive ways to fight a Stop Sign Ticket Next postWho's More Likely to Get a Speeding Ticket: Men or Women