Who’s More Likely to Get a Speeding Ticket: Men or Women 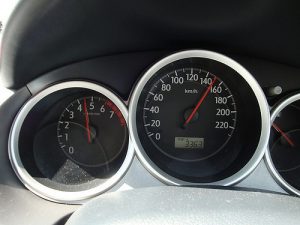 Speeding has been a common and troublesome traffic violation since the authorities issued the first ticket in 1899. Drivers receive more than 41 million tickets for speeding each year. Researchers broke that figure down further and explained that more than 4,680 people get speeding tickets per hour. Seventy-eight people receive those traffic tickets per minute.

Some people may think that ticket issuance earns revenue for the United States, but the money that the state ends up paying in repairs far surpasses any profits. Speeding accidents cause more than $40 billion worth of damages per year, according to the National Highway Traffic Security Administration. Researchers broke statistics down even further to include the differences in male and female speeding ticket likelihood.

Speeding is such a common occurrence that authorities hear a broad range of excuses for it. The reality of the situation is that no legitimate excuse exists for breaking the law. Some officers will excuse health related reasons such as imminent childbirth, but the ones who do not excuse them are fully justified in their decisions. Some of the most common reasons that people speed are:

Excuses for speeding vary in ridiculousness and sincerity. Each officer must use his or her discretion during a traffic stop. The law states that a driver is guilty even if he or she is driving one mile over the posted speed limit.

Ticketing Trends Between Males and Females

Some people wonder whether males or females rule the speeding ticket domain. The Esurance group took some extensive surveys and wrote down the numbers to provide some insight. The studies concluded that men are 13 percent likelier than women are to receive traffic tickets. Females have a higher probability of receiving parking tickets, however.

Extensive details show that drivers in the state of Florida are more likely than people in California or New York are to receive speeding tickets. The parking ticket numbers for Florida were extremely low, however. New York was the leading state in that category.

California is notorious for having extremely expensive traffic tickets. The high ticket expenses come from some add-on fees that the legislatures like to include in the ticket costs. For example, the fee for the red light camera is an additional cost that traffic law violators have to bear. A person who has to pay a $100 ticket can end up paying almost $500 for that ticket because of added fees.

What to Do if You Get a Speeding Ticket