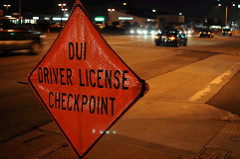 Driving is a function that involves an amount of responsibility. Even though in some states the use of recreational marijuana has been made legal it is treated the same as alcohol when operating a motor vehicle. As a result, being charged with driving under the influence of pot can adversely affect the person’s driving privileges and driving record if charged under the current laws.

The statutes that may affect drivers using recreational marijuana include 23152(a) and 23152(e). These are California Marijuana Vehicle codes that include:

A person is considered under the influence of marijuana when:

Currently, the testing for marijuana is not accurate enough to measure the THC level of the person suspected of driving while under the influence of recreational weed. This leaves the two basic tests that are also used for drivers suspected of driving under the influence of alcohol. This is a urine test or blood test that can produce results of the blood alcohol level.

This is where it becomes tricky for testing a person under the influence of pot since there is not a specific way to measure the amount of tetrahydrocannabinol (THC) at the time. The use of marijuana will remain in a person’s blood and urine for an extended amount of time up to a month, unlike alcohol. In the event, a saliva test is conducted, the results could indicate marijuana was used, but again it cannot pinpoint when the consumption of weed took place.

What to do if Ticketed for DUI

In the event charges of driving under the influence happens due to the use of recreational marijuana use under Code 23152(b). The driver should not admit to use of the drug prior to operating a vehicle. However, the one thing police officers may look for:

The person charged or ticketed may want to consider consulting an attorney specializing in DUI and DWI. There are valid defenses that can be used in cases involving weed since there are not accurate testing methods. Valid defenses can be successful.

The fact that marijuana can remain in the system for up to 30 days, and without testing for current use whether the driver was under the influence is questionable.

Previous postDriving with Marijuana in a Container - 23222(b) Next postWho Is at Fault When Intersection Lights Are Blacked Out or Not Marked at All?