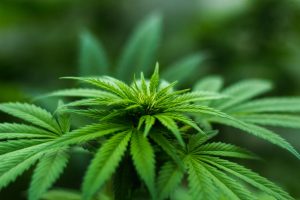 Did you know that traveling with marijuana in an unsealed container is considered a Moving Violation for 1 point, and unless you beat it in court, it will affect your insurance rates? With laws regarding marijuana being so vague, it’s hard for the average citizen to know where they stand or have a clue how to fight.

Navigating your way through a marijuana ticket can be a tricky mess even if you know and understand every law. Some people choose to use an attorney to help them fight because if you don’t know your way around a courtroom the chances of beating an unfair ticket go way down.

Instead of one law for the nation, container laws vary depending on what area of the country you’re in. No matter what state you live in, or whether marijuana is for medical or recreational use, it helps avoid trouble with the law by simply carrying it in your trunk, or in the rear floorboard area so law enforcement can see it’s obviously out of reach. For now, once a seal has broken the burden of proof is on you, so don’t make it so easy for them.

It Could be A While Before Marijuana Persecution Completely Fades Away

To be fair, California’s politicians have been working to clear up any “container confusion” ahead of expected legalization in 2018. Obviously, legal transportation should be number one on their list and what they came up with was marijuana is to be treated the same as alcohol when it’s in your car.

Traffic tickets are big business in the U.S., raking in billions every year, and you can bet Californians are paying their share. Is this situation unethical? Yes. Is it hopeless? No. With the proper knowledge and help, you can fight city hall and win.

Regardless of marijuana’s new legal status, there are always going to be people in positions of power who frown on its use. Victims of people who abuse their power don’t have many options. They can fight for their own rights, choose to hire an attorney with knowledge of marijuana laws, or pay the fine and walk away.