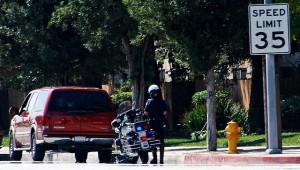 If you have been ordered to appear in court in Los Angeles County for a traffic citation or another moving violation and you fail to appear, you may have your license suspended or may have to pay a huge fine. Over the course of your busy life, it is easy to forget about a court date. Things can and do happen, but when you fail to appear in court as scheduled, you can face a Failure to Appear charge in addition to the other charges you were already facing. But before you plead guilty to this charge, it is important to understand what the result of a guilty plea may be.

The Penalties For A Failure To Appear Conviction

When you receive a traffic ticket, you typically must appear in court at a scheduled date and time or take other steps to resolve the matter. For example, pay the fine for the ticket and plead no contest. When you fail to take action regarding the ticket before the scheduled court date and you fail to appear to court, the impact on your life can be considerable. A guilty plea or a conviction of a Failure to Appear charge can result in:

Keep in mind that if you drive on a suspended license, you may also face additional penalties. These include:

In addition to these potential impacts on your life, you must remember that your insurance rates will likely increase due to these circumstances. When additional points are added to your license, you may see your auto insurance premium rise, and this adds to the total cost of the charges.

In short, if you do not appear in court for a traffic violation, and you have no legal representation, then you may face fines and penalties far beyond what you may have got with an experienced lawyer by your side.

Acceptable Excuses For Not Appearing In Court

Documentation must be provided to support your claim for these excuses or the charges will stand.

How To Get Your License Back After Suspension

In the past, you could quickly get your license reinstated after a suspension by paying the fine. However, a new law has been passed that has changed this and that makes it much more difficult to get your driving license reinstated.

Under the new law effective 2015, drivers can get their license reinstated after suspension by pleading guilty to the Failure to Appear charge. However, this turns out to be quite expensive. When you plead guilty to this charge, you will face penalties that include:

Furthermore, your license may still not be reinstated until after you appear in court at a scheduled trial date in the future and make your guilty plea.

As you can see, failing to appear in court can be costly, but it can be even more costly to plead guilty to the charges you face. Hiring an experienced attorney can help you to get your license reinstated quickly and with minimal impact on your life. The attorney may reduce the likelihood of points being added to your record or a charge being added to your criminal record. Contact a law firm today if you have been charged with Failure to Appear.