Left Lanes Are Designated For Passing, Not Acceleration 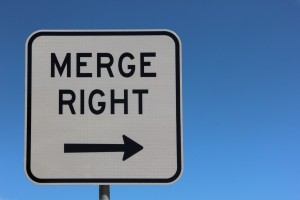 Whether you are cruising down an open stretch of highway in a rural area or trying to maneuver through traffic in a busy urban area, you may have multiple lanes to choose from. In some areas, you may see signs that indicate that the left lane on a highway, a freeway, or another major road is intended for passing only. However, it is common to see drivers traveling long distances in these left lanes. Even when there is space available for them to move over to a lane to the right, some drivers choose to continue to cruise in the left lane. Other drivers may actively accelerate to a high rate of speed in the left lane.

If you find yourself doing this from time to time, there are several reasons why you may want to adjust your driving habits and use the left lane for the purpose that it is intended to be used for.

Because the laws vary by state, it is important to stay to the right and avoid driving aggressively when you are driving in unfamiliar areas.

Impeding the Flow of Traffic

While the fact that this type of behavior is against the law may be enough to dissuade many from traveling or accelerating in the left hand lanes, there are other reasons why drivers may want to avoid this behavior.

When drivers cruise in the left lane, others will not be able to use it for passing, and the general flow of traffic is blocked.

Traffic laws are in place to keep you and others safe and to promote the efficient flow of traffic. When you do not obey the same laws that others obey, the effectiveness of the laws may be diminished.

Generally, this driving habit is not a safe one, and it can create behavior that puts you and others at risk while driving.

It is therefore a smart idea to learn more about the laws in your local area regarding the passing lane or left lane, and it is equally wise to pay attention to laws in other areas you travel to. This effort may keep you safe and may keep you from breaking laws unintentionally.