Most Common Times To Get A Speeding Ticket 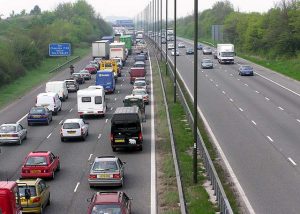 We live in a hectic world. Our daily lives are packed full of work, family, and social obligations. We are in a seemingly never ending cycle of running against time; rushing to and from work, or hurrying from this appointment to that. It seems inevitable that in our daily rush against the clock, we are tempted to put the “peddle to the metal”. Of course, in our attempt to make up time with a lead foot, we run the risk of not just an expensive speeding ticket, but also the wasted time of being pulled over.

It is often difficult to predict where and when you could possibly be pulled over for speeding. It is always possible to happen when you least expect it. However, there are a few national trends that tend to give some indication as to where you are most likely to find a speed trap.

Ticket data released by various states indicates some telling trends as to when you are more likely to receive a speeding ticket.

What Happens if You Receive a Speeding Ticket

There are several myths regarding speeding tickets that would be helpful to dispel if you find yourself in the unfortunate position of being on the receiving end.

It is commonly believed that if you sign your speeding, you are admitting guilt. This is not the case.

It is also widely believed that tickets do not transfer from state to state.

However, not signing or ticket or disregarding an out of state citation will undoubtedly cause more significant repercussions down the line.

It is important to understand that even though you have been pulled over for speeding, the police officer does not have absolute power over you. An officer can not remove you from your vehicle or search your car merely because you are suspected of speeding. If you are pulled over for speeding, it is a good idea to consult an experienced attorney who can represent your case in the court of law and help your citation get dismissed.