You Have a Right to Know the Details of Your Case 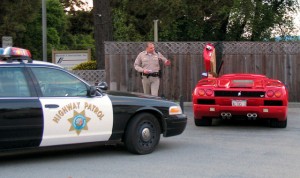 If you have been issued a traffic ticket or citation, the first thing you should do is know what are your rights in this case before you decide to pay the fine. While most people don’t make a career out of studying the Constitution, the basic concept of due process is something everyone should make an attempt to understand, because it is the most basic protection you have against over-zealous law enforcement, runaway bureaucracy and unfair accusations. Even if a driver signs a ticket stating they will appear or post bail, their basic rights still protect them throughout the case.

What is Due Process

Right to a Fair Trial

First and foremost among these many institutions of American jurisprudence is the right to a fair trial, and the first priority every citizen should have when facing a traffic citation is to find out exactly what the case entails. You may consider hiring a law firm that can gather all the details on your behalf and fight your case.

Believe it or not, defenses far more outlandish than these have overturned traffic tickets before. This is why all the details are important. In court, the formal term for this process is “discovery,” and it is subject to a number of very specific rules.

Sometimes even more useful than the details of the charge are the means by which the police ascertained a violation occurred. A good example of this is a speeding ticket where a mechanism is employed to measure the defendant’s speed.

People who are issued traffic tickets should also be aware that most police officers are not prepared to challenge a well-presented defense, especially if they find themselves under competent cross-examination by someone who knows what they are doing. In a situation like this the details of the case are even more important.

It’s been said that knowing the specifics of any situation is half the battle won. Showing up in the court is often the other half. When facing a traffic ticket, knowing your rights is the key to getting the best possible defense with the guidance of an attorney who can get everything done for you and save you a ton of time, money and effort.